I mainly focused on global natural lighting and artificial as well, trying to acheive a twilight atmosphere.
The original model is imported from Revit (default example project wich is pre-installed in Revit 2013); I made some changes to the main design, added some forniture inside the house and setted the exterior with a pool and some natural elements.

The first versions of this project were far too “heavy” and hard to handle (rendering times over 13 hours @1920 x 1080!!)
So I re-edit the critical elements of the scene:
– the grass particle system was edited trying to get a more realistic effect (thanks to Mason Menzies​ for his tutorial about that!!)
– I change the external model reference for the trees because the previous one had an alfa texture pack for the leaves and it was too much longer to render. I used the “tree generator” add-on (link here) so I could double the image size (now is 3840 x 2160, actually four times wider in term of pixels amount) with the same render time than before (approx 6h and 50′). 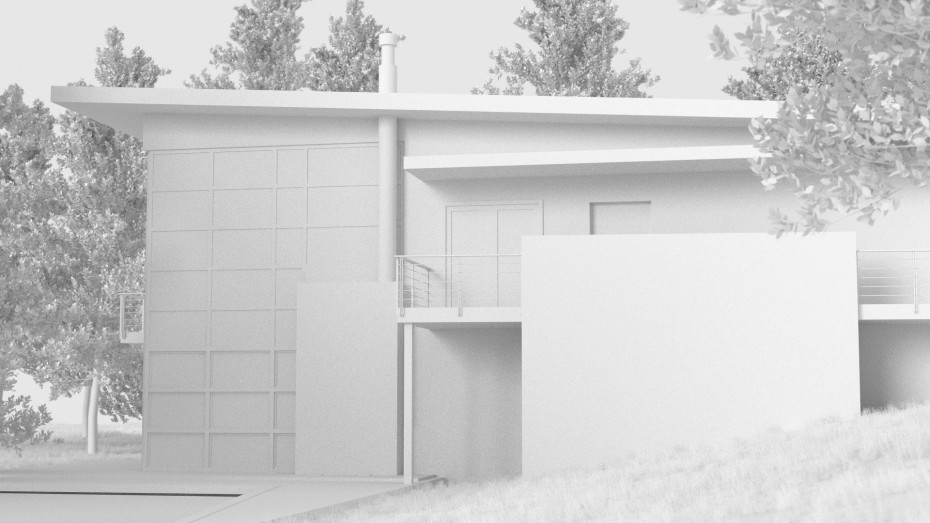